This post summarises the changes that have been implemented in version 3.1.2 of enterO.

This release includes the following:

Until now, classes have used gender restrictions of Female, Male or Any however this did not cover team events such as rogaines where mixed teams must include at least one female and one male.

A new option of Mixed has been added that will ensure that teams include both female and male team members.

Note that for some events there are team classes that have no gender restrictions, these can continue to use the existing Any gender.

After releasing the new Coupon feature it has become apparent that while the words Coupon and Voucher might be synonymous, in practice Voucher is in more common usage.

To accommodate this the enterO UI has been updated to change the word Coupon to Voucher. 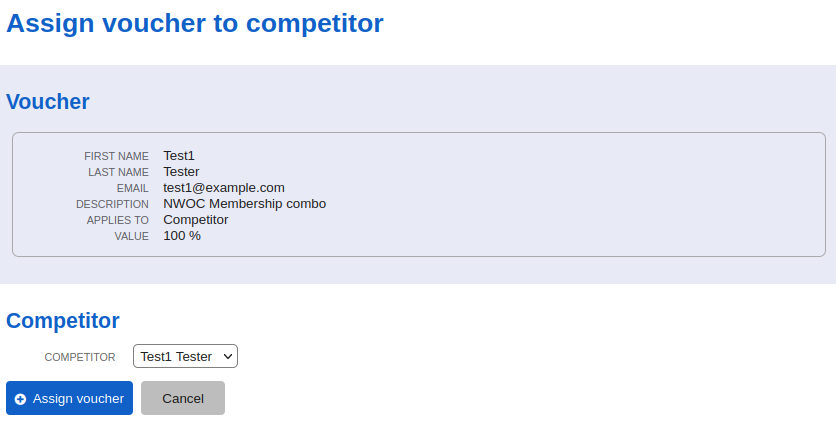 The voucher feature has been extended to allow for ‘anonymous’ vouchers; unlike normal vouchers these are not assigned to any specific person. The driver behind this feature is so that clubs can create vouchers in advance to give to volunteers so that they will have free/reduced entry fees to a future event.

Note that anonymous vouchers must still be created against a specific event - there is another feature in the pipeline that will allow creating vouchers that are valid for multiple events.

When creating a voucher, the name and email address fields are disabled for anonymous vouchers 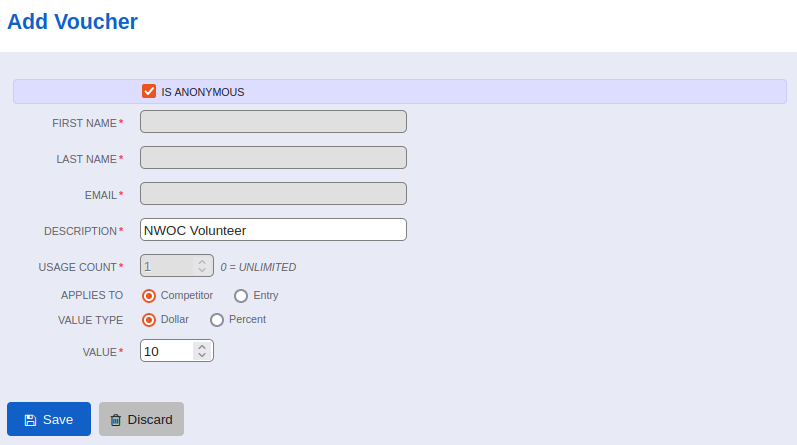 An anonymous voucher is added to an entry in the same way that a named entry is, it just doesn’t display any name or email information

This has now been fixed so that age information is always displayed in the hint style.

Remove Team name from list when assigning voucher to competitor

When assigning a voucher to a competitor, the list of competitors in the entry is displayed so that one can be selected. In the case of a team entry the Team name was incorrectly included in this list.

This has now been fixed so that you can only select Team Members.